Picking up where we left off with the shower install...

We decided to go with flat sliced river stones for the shower pan and top of the bench.
After looking at a lot of options, we decided on 1/4" thick
12 x 12 gauged black Vermont slate tile for the rest of the shower.

Gauged means that the tile is finished to a fairly uniform thickness and exterior dimension, which makes for an easier install, and a little less rustic look compared to the chunkier standard slate tile which has a lot more variation in the individual tile dimensions. We found these tiles to be fairly lightweight compared to other options, and we really like the natural look.

Lots of steps in the process:
Finish frame out and seal all seams in plywood paneling
Fabricate and install shower drain assembly and plumbing
Install shower supply plumbing
Fiberglass the entire interior of shower stall
Install the pre-sloped mortar bed for the shower pan
Layup additional fiberglass layer over the mortar bed shower pan
with overlap to weep holes in drain assembly(this will drain off any moisture that gets under the tiles)
Lay in the river rock shower pan and bench top, grout, and seal
Install slate tiles on shower walls, grout, and seal
Install mixer and shower pipe assembly

Still left to do is to decide on a shower glass enclosure and door, make templates, order the pieces, and do the glass install. 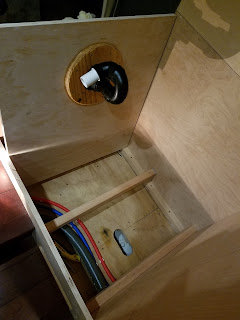 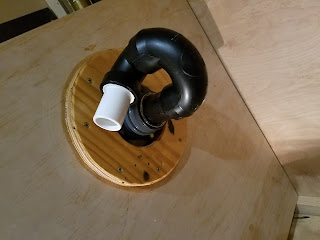 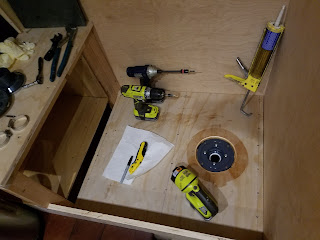 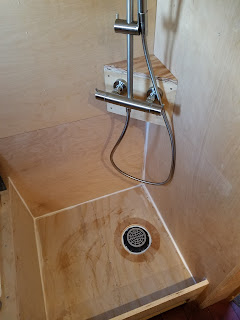 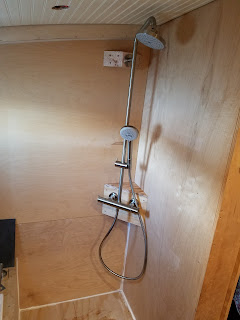 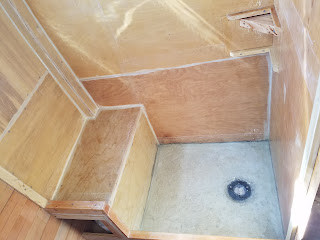 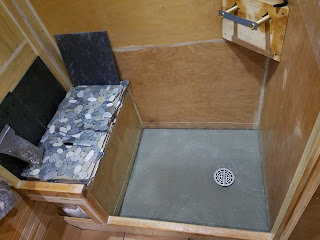 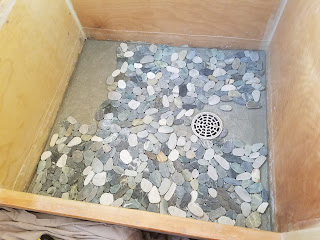 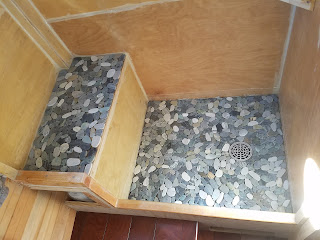 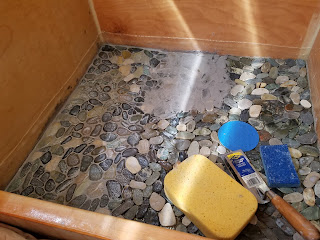 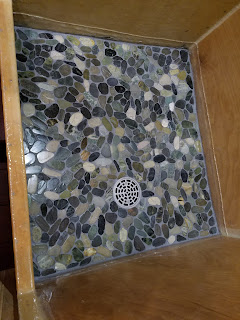 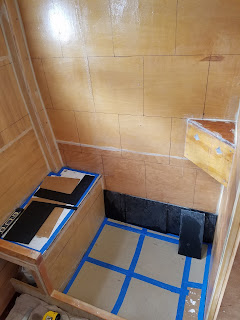 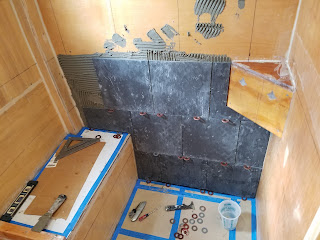 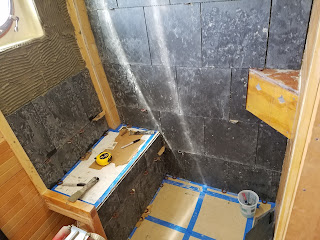 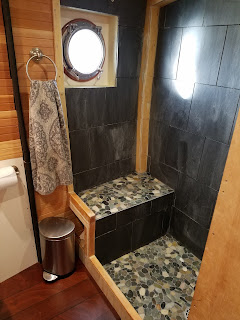 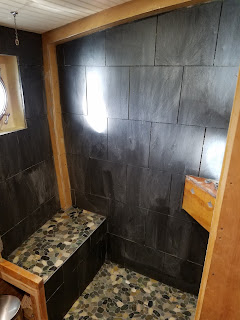 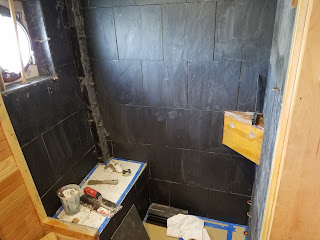 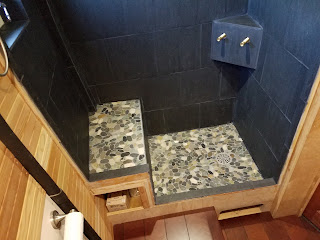 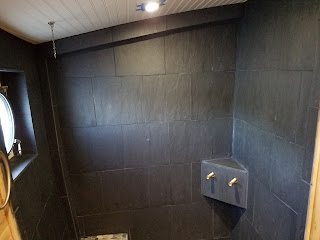 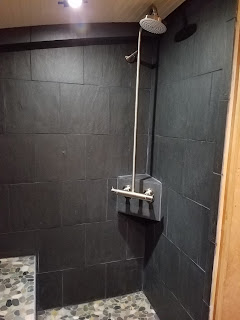