Some paneling and veneer work

Here's some pics of some more plywood panels being installed. This half inch stuff and will probably be painted. The bulkhead around the engine room door was kind of tricky because of hinges and hardware. Also the door probably weighs over 400 pounds and I did not want to remove it. Still need to do some finish trim around the door, but right now, I'm just trying to make some progress getting stuff closed up. We also decided on a treatment for forward bulkheads. I still had a few nice rolls of Lyptus wood veneer, so we decided to use this to make the wainscoting. I was originally going to use vertical tongue and groove fir for this, but decided it would be too many lines (with the overhead and side shell planking already looking very linear). We'll install some nice molding between the upper, painted panels and the lower veneer panels and call it good. Should be a nice look. 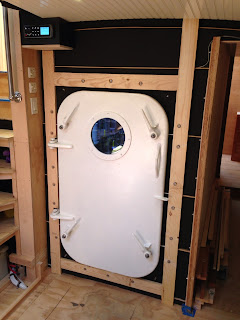 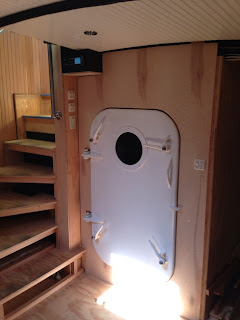 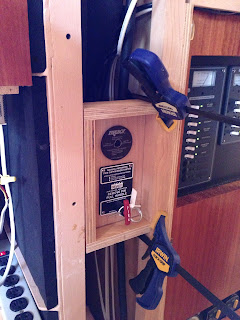 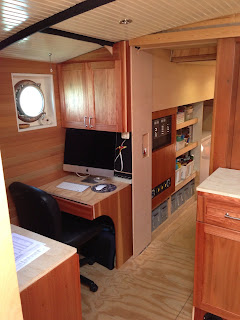 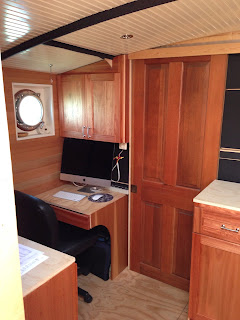 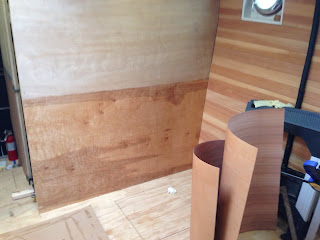 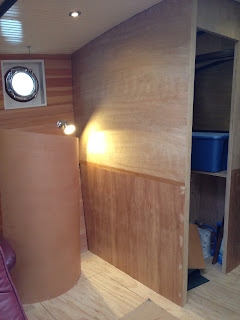 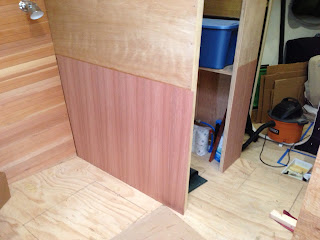 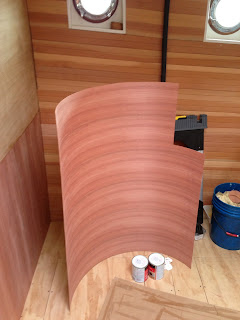 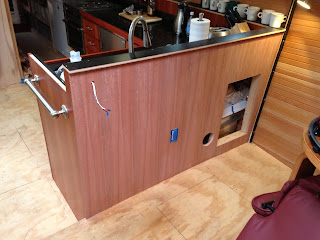 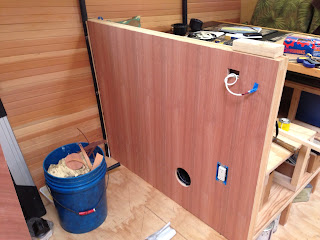 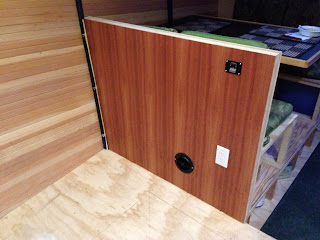 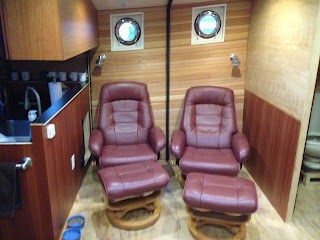 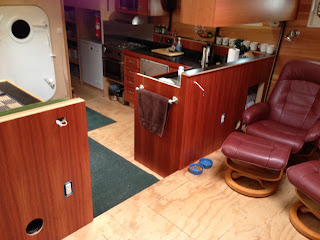 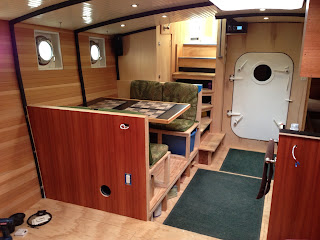 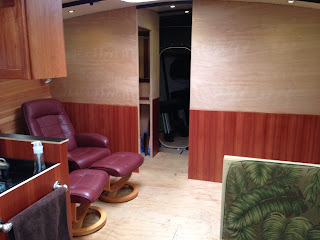 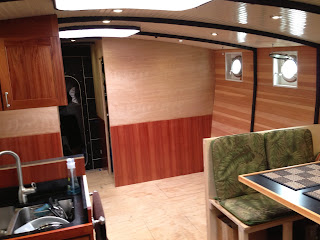