Here's some pics of fabrication of our transom davit. This design concept has been kicking around in my head since we welded on the hinge pad eyes on the transom during the construction of the hull many years ago. The geometry is such that, when in the stowed (up) position, the dinghy is carried up above the swim step with enough clearance to walk down the steps and stand on the swim step with plenty of headroom. When lowered, the davits swing the dinghy out and over the aft railing and swim step and launch it in the water behind the swim step. If everything works out right with the rigging from the davit to the dinghy, this should not require block and tackle to launch or retrieve the dinghy- just lower it into the water until its floating, then unclip the lifting harness. We'll see how that works out when we get a dinghy to work with.

The first few pictures show some of the full size mock-ups and fancy drafting I did to get the measurements and geometry dialed in: 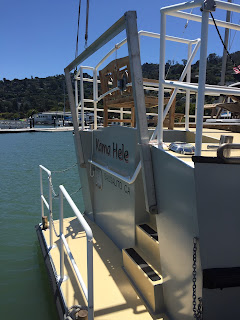 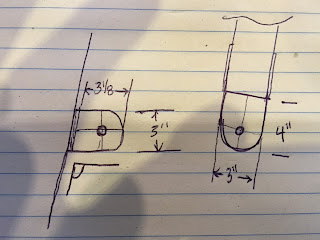 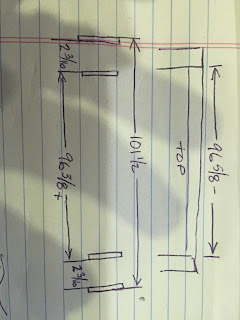 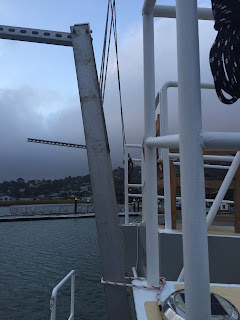 Next up was the fabrication and welding. I made the assembly in three pieces (two davit arms, and the bolt on cross support structure). This turned out to be a good move as this thing would have been really hard to handle and install as one piece. Here's my fabrication work before handing it off for final welding: 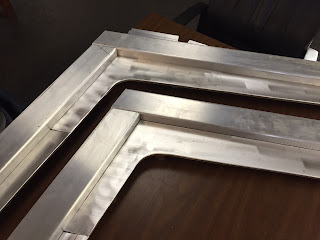 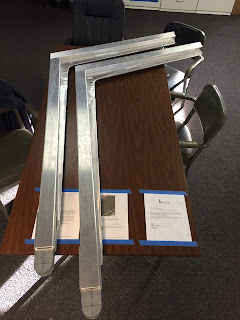 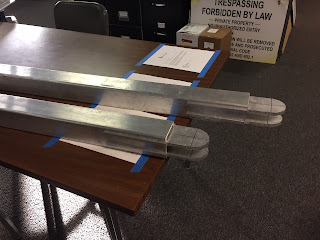 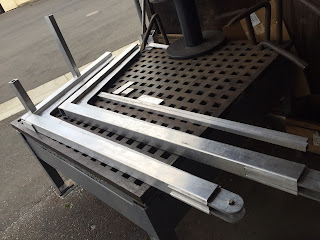 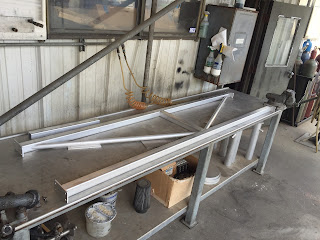 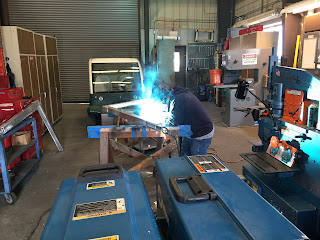 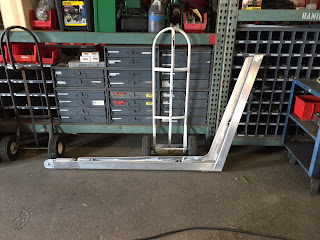 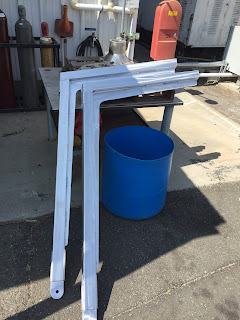 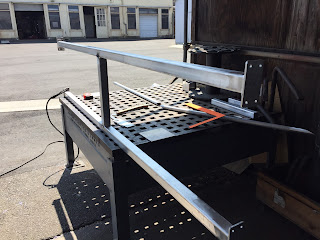 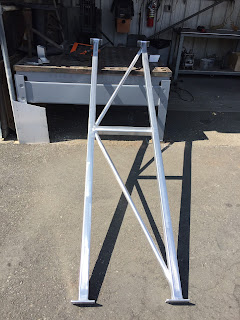 Installation took some acrobatics, but it went together pretty much as planned: 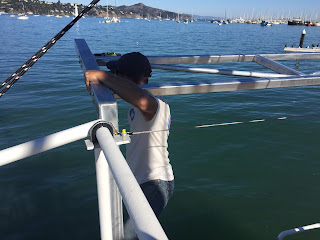 Raising and lowering is accomplished manually with a hand winch rated at 1000 lbs and equipped with 7x19 stainless wire rope. The winch has an automatic brake and will hold the load whenever you stop cranking up or down. I will be adding some kind of safety locking pin mechanism to each arm at some point so the davit isn't relying on the winch brake to carry the load when up in the stowed position. The boom lift can also be used as a back-up to raise and lower the whole setup in case the winch system ever fails: 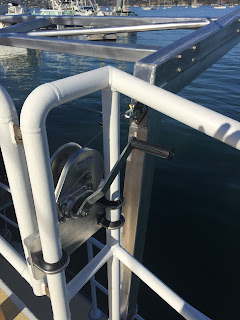 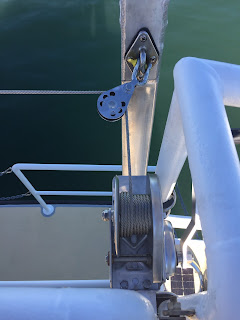 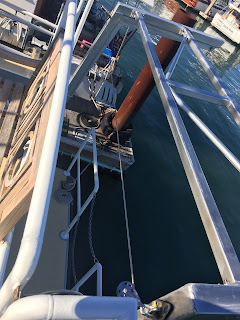 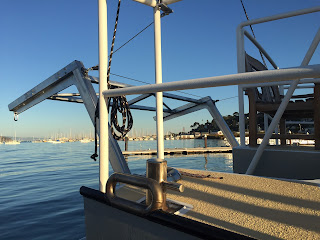 I rated the entire rig for a minimum safe working load of 1000 lbs (or better).  I figure the davit assembly weighs about 150, so that leaves us plenty of capacity for a modest skiff. We will likely go with a fiberglass rowing tender. I like the more traditional look- and they can be sailed, or motored with a small outboard. The plan is to have the dinghy set up to be lashed down on the aft deck behind the wheelhouse if we are doing any major open water crossings. Otherwise I feel pretty confident that the davit system is high enough and strong enough to do the job of carrying our tender, and will make launching and retrieving very quick and easy.