And now for something completely different... I've been working on installing all of the wheelhouse electronics that we've collected over the past couple of years. Most of it comes from commercial boats that were re-fit with the latest greatest stuff. The equipment removed at most commercial shipyards is still good, solid, serviceable equipment that has been surpassed by newer slicker technology. Some minor servicing was necessary (like installing new internal back-up batteries) but for the most part everything seems to work well. Our "surplus " package includes a 10kw Furuno radar with a 4 ft open array antenna, Furuno GPS, Depth Sounder, "Class A" AIS transceiver, and a fairly new Furuno Satellite Compass system. The Sat Compass uses three gps antennas mounted on an triangle shaped array to provide very accurate readings on course, position, speed, and roll/pitch. Being sattelite based, it is unaffected by magnetic interference or deviation. I will eventually get all this stuff integrated and talking to each other via NEMA 0183 interface and will feed this to a basic PC based chart plotter. You can see the screen for the chart plotter mounted on center over the helm chair. As a side note... we found an LED monitor for the chart plotting computer that runs off 14 volts DC. I am experimenting with bypassing the external brick type transformer that it came with, and powering it directly from the ships dc power (which runs about 13.2 volts) and it seems to be working well. This arrangement avoids going from ships DC, to Inverter AC, then back to DC through the power adapter that came with the monitor. I'll let you know if I end up blowing it up, but so far it does well with the range of DC it's seeing direct from the wheelhouse panel. Another nice thing about this monitor is that it has direct user controls for the internal backlighting which gives really good control over the brightness. This is a BIG DEAL when travelling at night offshore. You have to be able to get things very dark in the wheelhouse to see anything beyond the wheelhouse windows on a dark night. We are probably going to go with Rosepoint for charting software as it's a relatively "light" program as far as computer processing requirements, and works with a wide variety of electronic charts including the free ones available from NOAA. The program will also display AIS targets, depth, position, etc. with feeds from the various stand alone display units. The radar and Satellite compass antennas are just temporarily set on top of the wheelhouse for testing, but will eventually be mounted higher up and integrated with the aft mast. I also built some running light boxes out of aluminum scrap. These keep the glow from the running lights from lighting up the decks and surrounding superstructure. Again, important for maintaining your night vision. The running lights are LEDs so use very little juice, don't require heavy gauge wiring, and are disturbingly bright when viewed up close. They'll be hard to miss at night. Antenna mounts are integrated into the running light mounting brackets for now. Some of these antennas may move to the aft mast eventually. So... good progress on the electronics. Probably another weekend or two of fiddling around with the integration and cleaning up the wire runs. More to come on this part of the project. 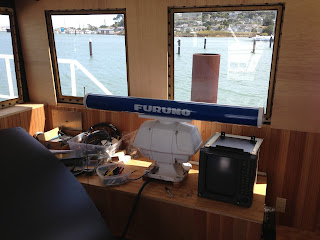 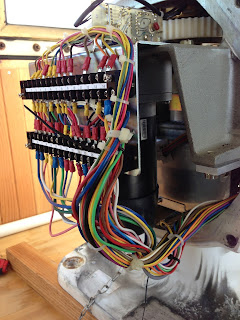 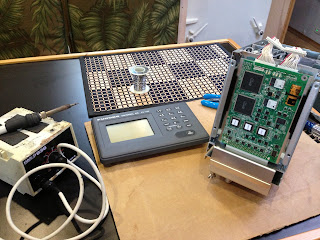 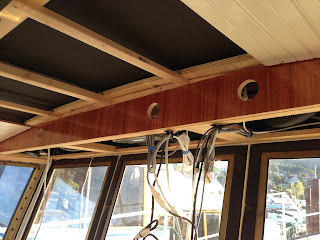 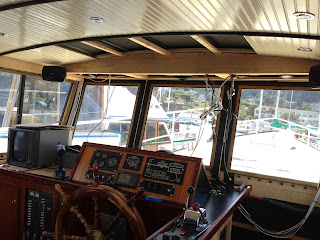 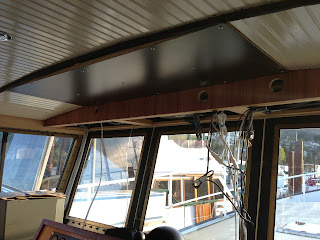 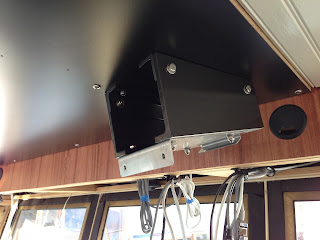 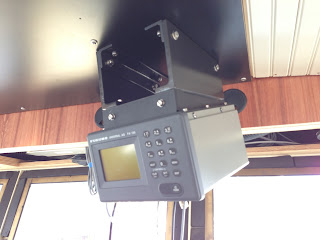 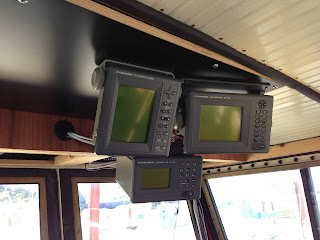 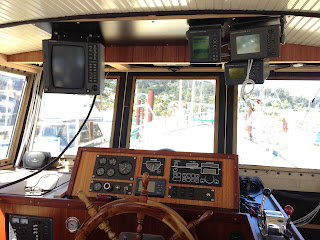 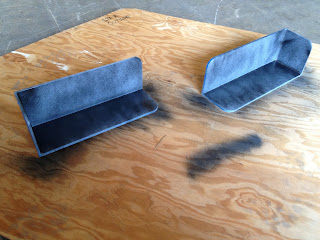 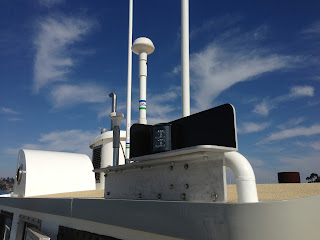 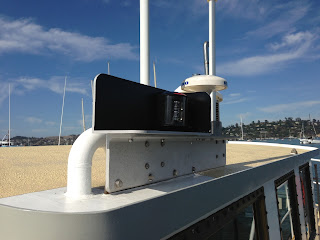 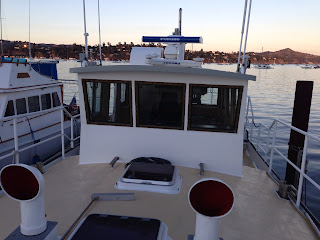 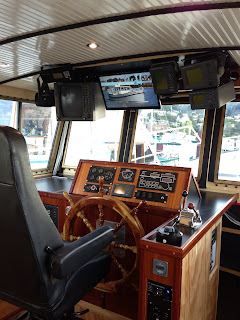